André Borschberg—a revolutionary engineer! This leader and pioneer in new applied technology development is driven by one force: the desire to advance the human and technological frontiers. He firmly believes that technological expertise, and using technology the right way, can take mankind further. This is what makes him a true explorer. His motto: « Make the impossible possible ».

Of course, after his hot-air balloon flight around the world, Bertrand Piccard dreams of a bigger feat. He would like to chart a new course by proving that we can produce energy differently, and that we can really use the sun to move in a new way. But changing paradigms means having access to new technologies, and above all, implementing these new solutions. To make this dream come true, concrete solutions and some genius are required. A feasibility study was conducted at the EPFL in 2003, and it was André Borschberg who was to be tasked with taking up the challenge …

André Borschberg was born on 13 December 1952 in Zurich, Switzerland. He is a thermodynamic mechanics graduate of the EPFL (« École polytechnique fédérale de Lausanne« ), and a management science graduate of MIT; he is an engineer, fighter pilot (in the Swiss Air Force) and an entrepreneur (with several start-ups to his credit). To put it simply, André Borschberg is a man of challenge. With his passion for the idea and the project, he committed to building the solar airplane that Bertrand and himself would use to fly around the world. Nothing could deter him, even when the aviation industry told him that it was impossible to build a plane as big as a jumbo jet with the weight of a car.

Through their exchanges and work, the two men became friends. The determination and genius of this mechanical engineer led to the implementation of a revolutionary project: to fly solely with the energy of the sun.

One day in July 2010, Solar Impulse became real. The aircraft, a messenger of modern times, flew over 26 hours with André steering it, without landing, even for the night … Icarus finally had his revenge.

The Solar Impulse adventure is well known: the first international flight in 2011 (from Switzerland to Belgium), the Pacific crossing from Japan to Hawaii in 2015, etc. The website « Objectif Soleil » tells the story. With this adventure, he has broken several world records, including the longest solo flight, over 117 hours without refuelling the aircraft.

André Borschberg still wants to go further, working on new projects with the company H55. With the electric propulsion developed for Solar Impulse, he would like to transform aviation, to make it cleaner and quieter. Taking off vertically like a drone, and flying like a plane without noise or pollution is not science fiction any more.
However, the Solar Impulse pilot has fuel and energy to give to others. He is eager to share his experience and pass on the values built during this wonderful adventure.

Languages spoken by the speaker

André Borschberg gives conferences at your events all over the world.

Learn from a revolutionary engineer

UnoMe offers the presence of André Borschberg the next time you plan a conference. He built a legend and achieved a feat with the entire Solar Impulse team and Bertrand Piccard. He has a lot to share with his audience. He can give the strength to go forward, the determination to overcome failures, and the tools to carry out and successfully complete projects.

A few conferences he gives regularly: ‘Making the Impossible Possible’; ‘The Pivot Point from Explorer to Leader’; ‘From Vision to Reality’; and, ‘Turning Obstacles into Opportunities’.

The story of a feat

Solar Impulse truly marks a turning point in the contemporary history of engineering. Future transports will owe a lot to people like André Borschberg. Explore the history of this project. 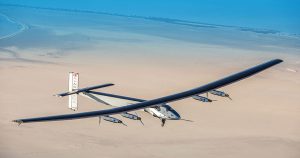 A few questions for André Borschberg